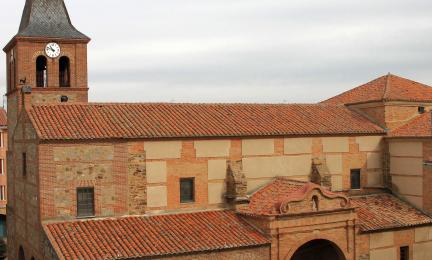 The Parish Church of Santa María del Páramo is located in the town's Plaza Mayor.
The Parish House and the office are in Plaza de La Fuente, s / n.

The Parish Church of Santa María del Páramo is dedicated to the Assumption of the Virgin Mary, although its patron image is a Romanesque carving, from the 13th century, which is venerated as the VIRGIN OF THE GUIDE. She is the center of popular devotion and the one that motivates the main festivals of the town, on September 8. His image is the one that presides over the main altarpiece of the Church, and his devotion that has also been, throughout the centuries, motivating and stimulating, the construction of the temple and the various reforms and improvements. 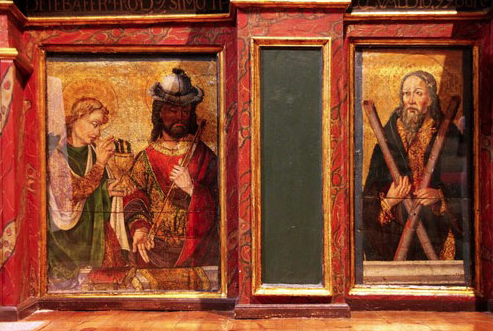 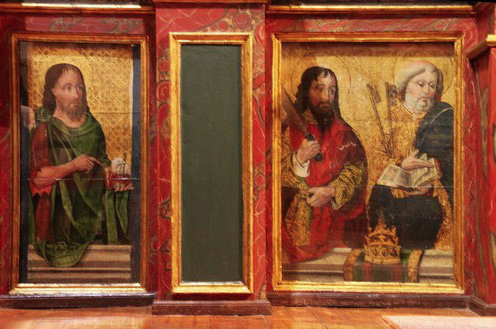 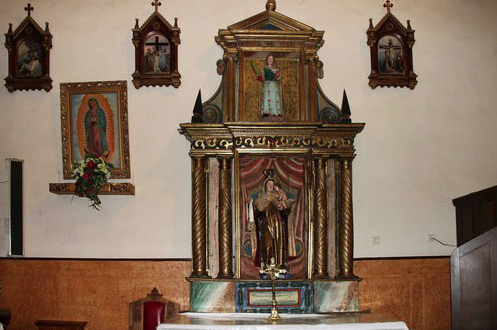 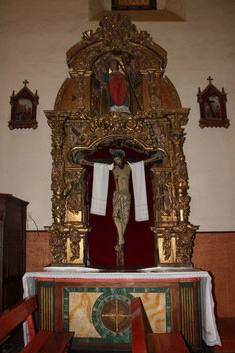 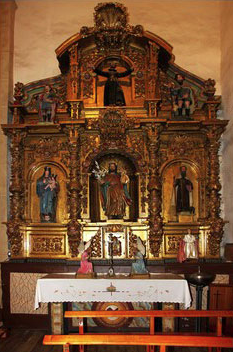 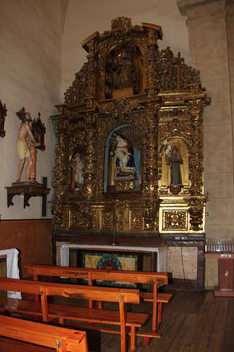 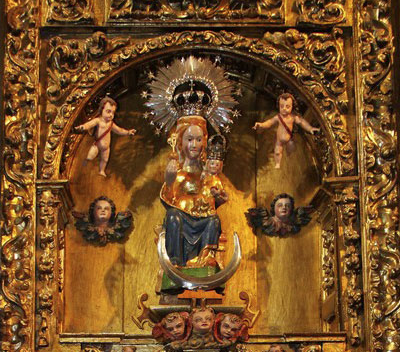 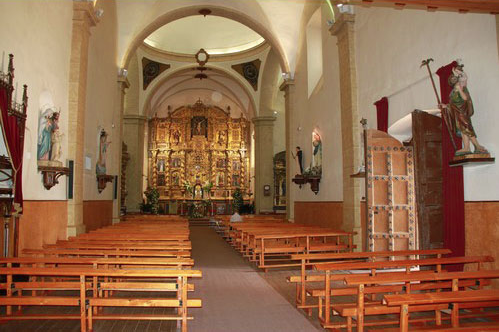 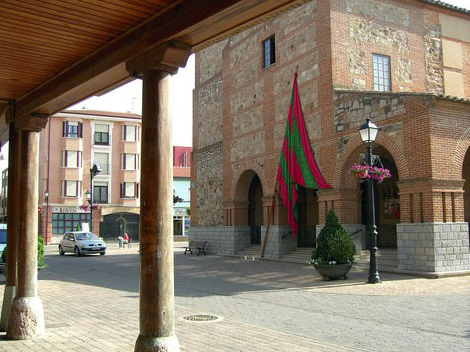 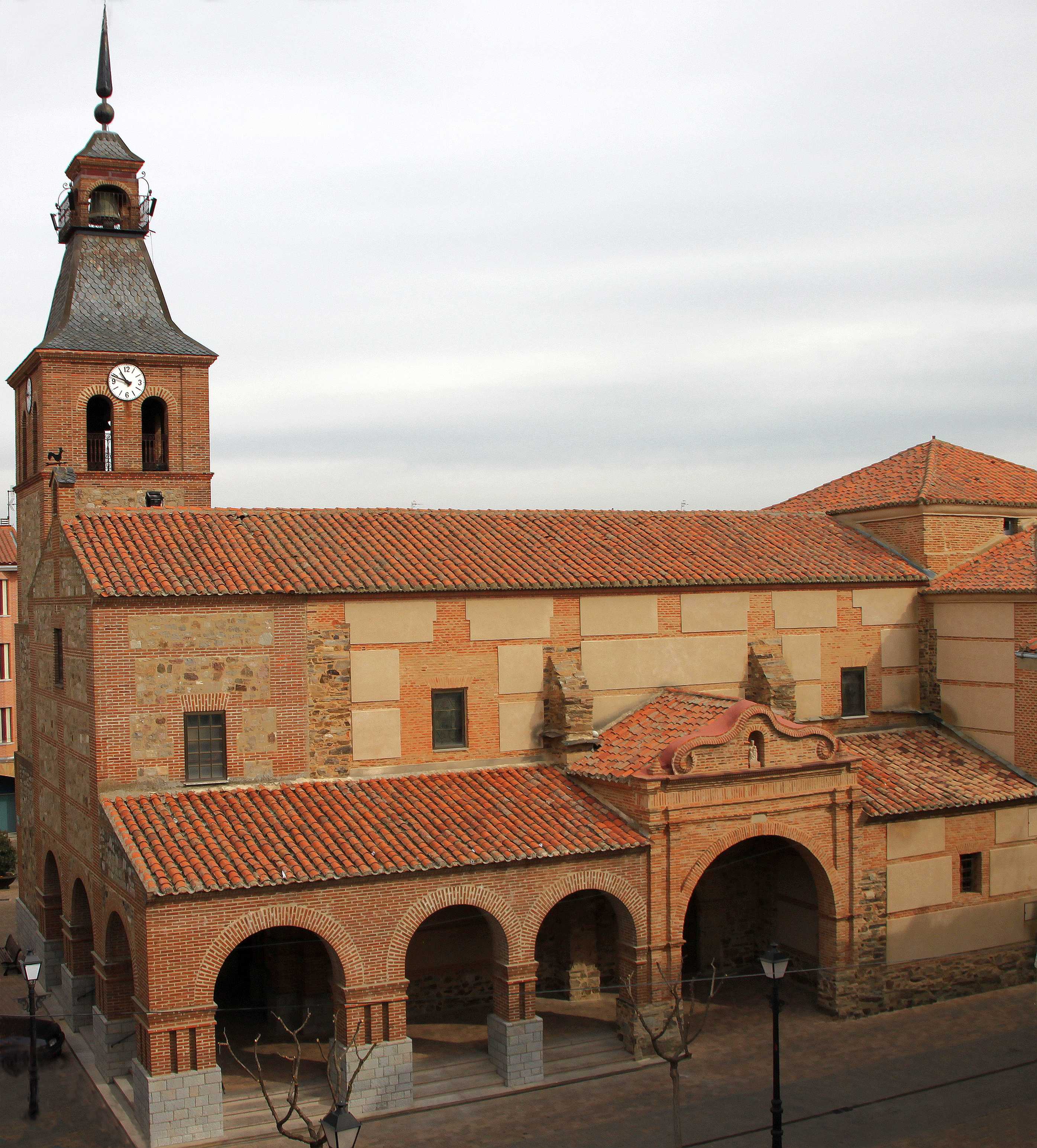 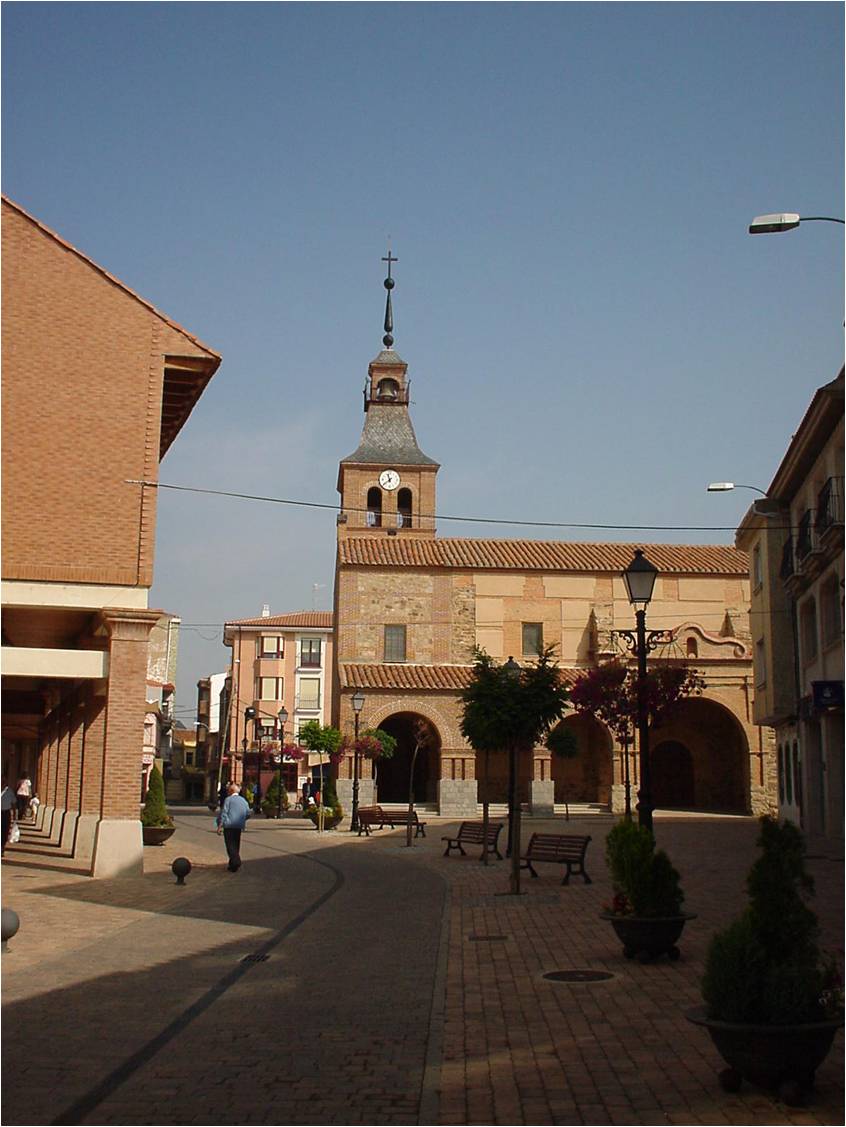 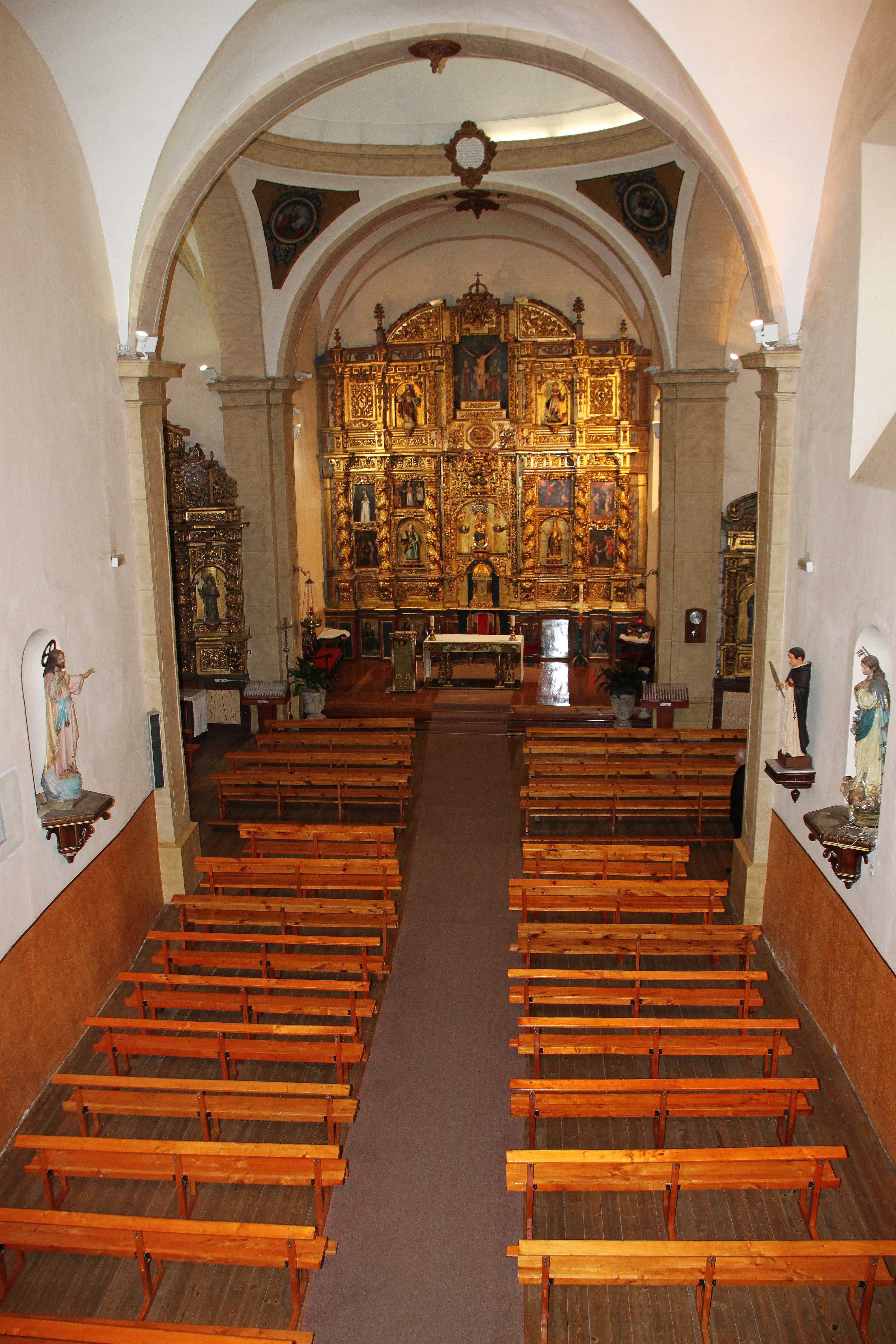 There is no documentation of the population, and therefore of the Parish, as a Community of the faithful, or at least the owner of a parish church and religious services, until the 12th century. Presumably, before there were inhabitants of these lands, although they are other names, those of other towns, which mainly appear in some documents.
From the thirteenth century, the place of Santa María del Páramo began to be named, and its existence is corroborated above all by the fact of some images and paintings of the time that are preserved in the current Church. It is not clear if the oldest urban nucleus was in the current location, or in the nearby area, called San Miguel. It is a popular tradition that the population started there, although there is no reliable documentation about it.

The oldest parish books date from 1630 (Baptism, Marriages and Deaths books) which suggests the existence of a church, or temple, with its images and its civic and properly religious customs.

As for the current temple, it is a stone and brick construction, completing the non-master walls with rammed earth. This can be clearly seen since the last restoration of the facades was made, with the consequent ornamental lighting of the facades.

The building is in the shape of a Latin cross, with the peculiarity of a striking twist at the junction of the central nave and the transept; which suggests that it was done, and even planned, at various times, and perhaps the builders of the time were not very knowledgeable in construction techniques. It is also possible to think of some reason of an architectural type that we do not know now, or for cabalistic, mythical-religious reasons, which we also do not know. The fact is that it draws the curious and detailed observer powerfully.

The parish books reflect that the central body of the current church and the sacristy were made between 1822 and 1824 (although in 1823 no work was done on the work). The temple vault is made by devotion of Santiago Casado in 1814? And the vault of the rest of the central nave is completed in 1831.
Presumably, a first building already existed, at least at the conjunction of the cross, as evidenced by the antiquity of some altarpieces and the legend that appears in some, dating from 1722 and 1723, years in which the gilding of the same.

The central nave has two side doors, as was required in these religious buildings of a certain architectural and popular entity. One of them remains as the main entrance to the church, although now the open one in the back is usually used, when the last reform was made. The other side door was hidden when a sacristy-storage room was built on that side, and the stone arch that adorned and reinforced it can still be seen.
Later - there are no data of the moment - the lateral arches that complete the main entrance are extended, giving greater magnificence and elegance to the temple, and also to the tower, which, superb and slender, square in shape, finished off with a fine spire, it dominated over the entire fertile plain of the Paramo. Between the years 1937-39 some repairs were made that strengthened and enlarged it. However, it had to be demolished in 1972 because its maintenance was in danger, due to the weak foundation, perhaps affected by the rich and exuberant humidity that the irrigation brought to the Páramo. In 1973 the current tower was built, not without the corresponding popular controversy for its demolition, which was not to everyone's liking and consent, and which forms, as on so many occasions and places, a peculiar and anecdotal chapter of rural villages.

The current tower building follows the architectural lines of the previous one, although it undoubtedly beats its solidity, beauty and elegance, due to the materials - mainly exposed brick and carved stone edges - for its height, and for its architectural lines.
The roofs, arches, plinths and all the facades have also been recently restored - with the help of the Town Hall - so the church shows all its beauty and architectural grandeur, typical of a town, Santa María del Páramo, characterized by to be the capital and the economic, commercial, social and cultural center of the Páramo region.

The interior of the Church treasures a rich decoration of altarpieces, images and paintings, which speak of a long cultural and religious tradition of the people, and which continues to encourage the preservation, empowerment and celebration with joy and gratitude of religious practice and civic coexistence. There are five good altarpieces, and many and varied images and paintings, worthy of a great church, and worth a visit, in addition to the pious participation in the liturgical celebrations, which is when the altarpieces shine and acquire the greatest dignity and beauty.

Main altarpiece, or main altarpiece: So called because it is the largest, and the one that occupies the main part.